It has been said that Zhuge Liang performed Constellation Summoning in attempt to elongate his about-to-wither life. Yet unpredictable as man’s fate was, he soon found in Plain Wuzhang his eternal repose. In this game, Constellation can be used both to modify the attributes of characters, and as a means to acquire the powers of the stars above in order to change history. Different constellations will bring different benefits and bonuses for players, and the higher the quality of the constellation, the harder it is to get it. In addition, players may fuse different constellations together in order to enhance their effects, so that the combined constellation will offer even more bonuses.

Start your Constellation Summoning by clicking on any of the five buttons below: Insight, Star-gazing, Incantation, Alter Destiny , Backtrack 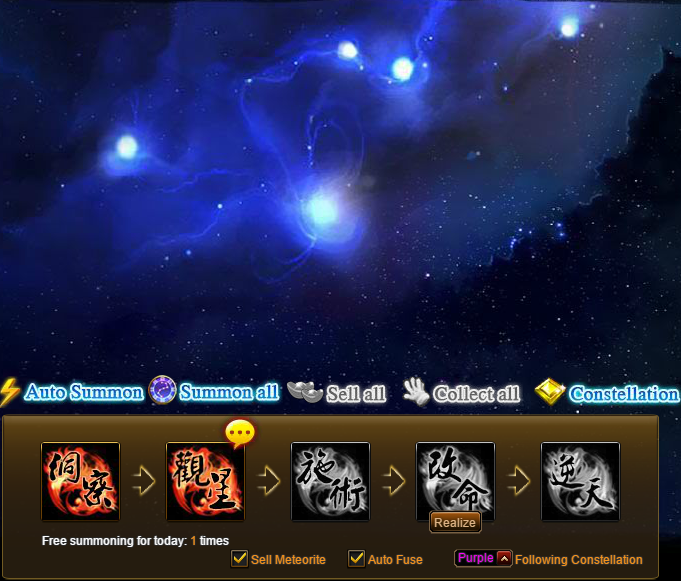 The player can acquire information about the different constellations they owns by clicking the “Constellation” icon in the character panel.