In the wars of Ancient times, Chinese strategists were very concerned about the formation and battle arts of their army, that is, the way their soldiers and battle units were organized and aligned. An appropriate formation can greatly boost the efficacy of soldiers in combat, and thus securing an advantage or victory over its opponents. In this game, the concept of formation is highly appreciated and developed, so that players can use different formations to enhance the attributes of their characters and buddies, in order to gain superiority over its opponents. 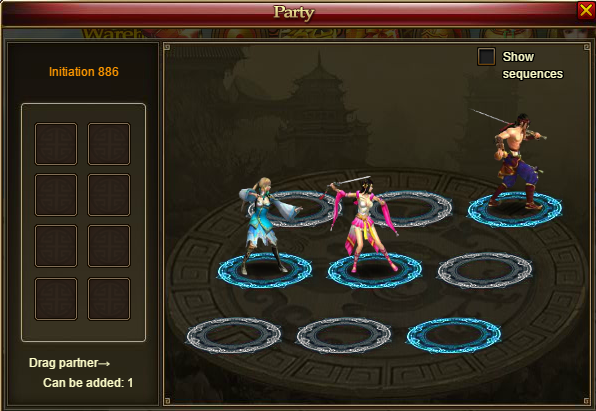 The Formation System would be enabled once the player has accomplished the task given by CaiYan of Xuchang. As the player’s level progresses, more types of formation will be available, giving the player more flexibility in enhancing different attributes through the judicious use of different Battle Arts.


The effects of Battle Art can be enhanced through upgrades, which however would impose a cost on the player’s Battle Art Point. Battle Art Point can be gained along the process of doing tasks and battle.